2.Restoration of a vintage AC30 cabinet 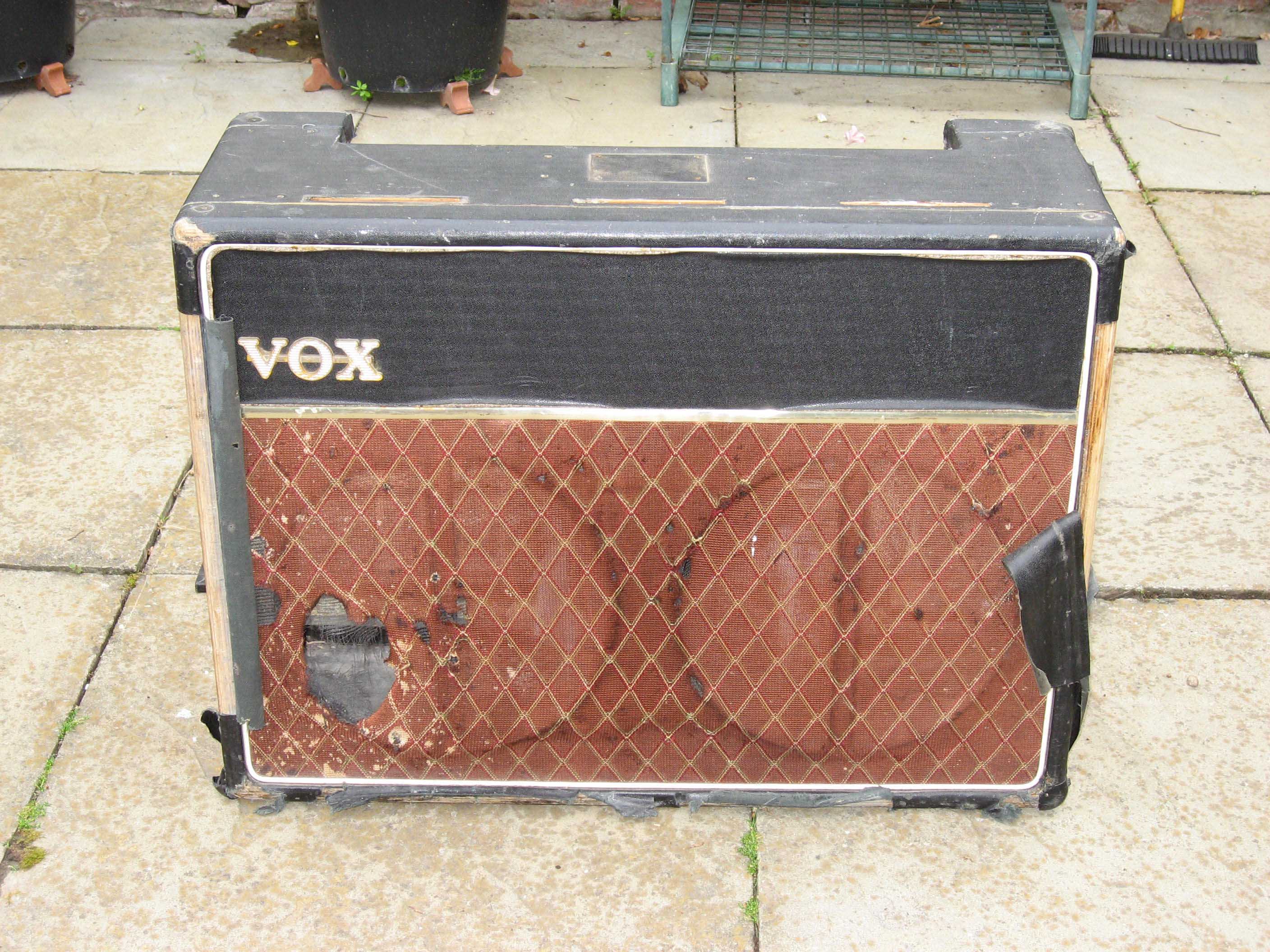 Another recently completed service and restoration of a vintage AC30 (circa 1963). The cabinet was in pretty poor shape, covering was missing or peeling off. The grill cloth had been attacked by the owners cat, punching a hole through one of the cones. Not good! The cabinet was also loose with movement in all of the joints, despite having had angle brackets fitted at some point to help stiffen it up. Some battens were loose and or missing. Pretty much all cabinet hardware was missing, you get the overall picture.

I suggested to the customer that buying a replacement replica cabinet might be the best way to go in terms of cost (£350-450). But he decided that he wanted to keep the original cabinet, despite its poor condition, and to maintain originality, have it restored. 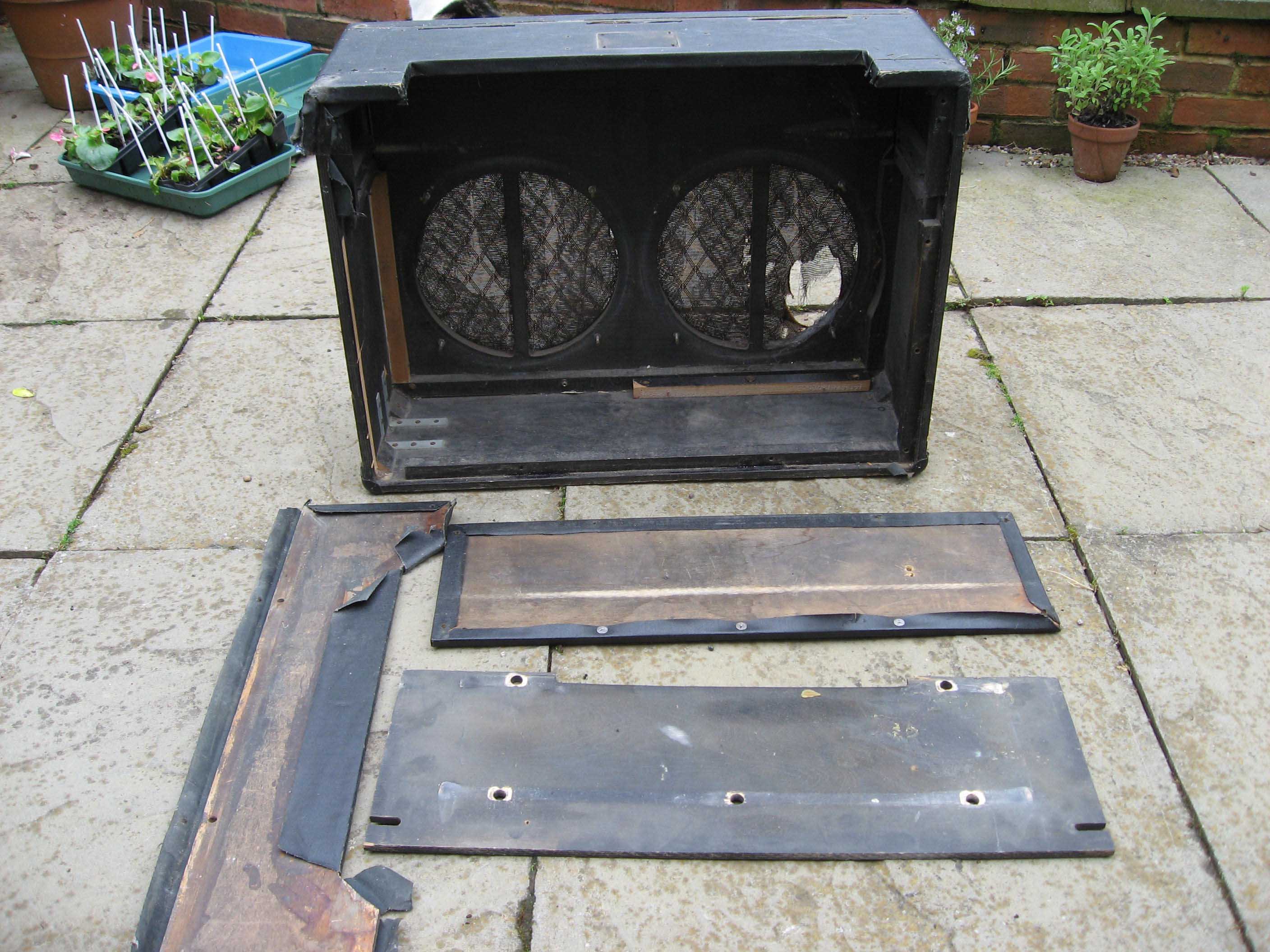 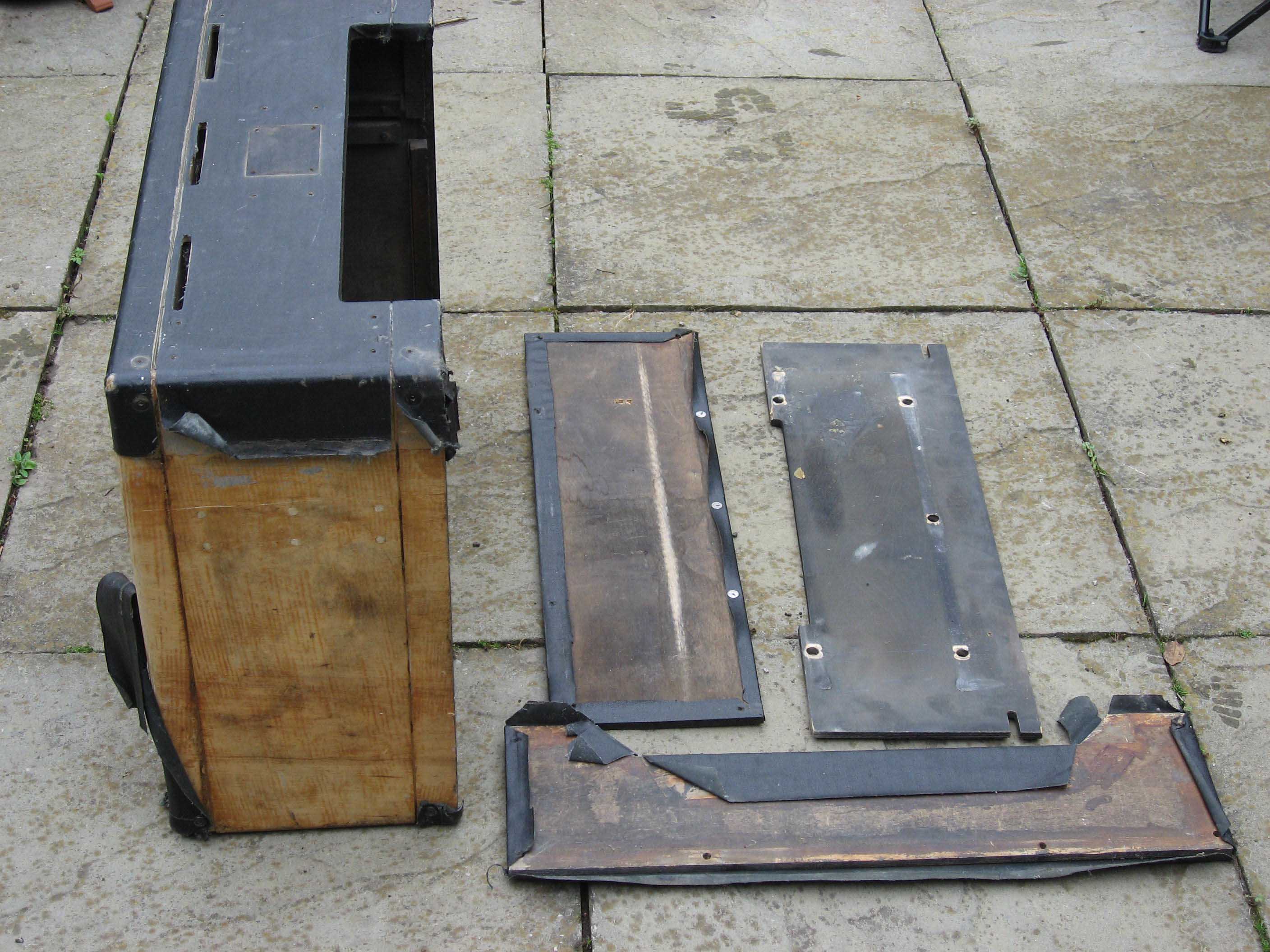 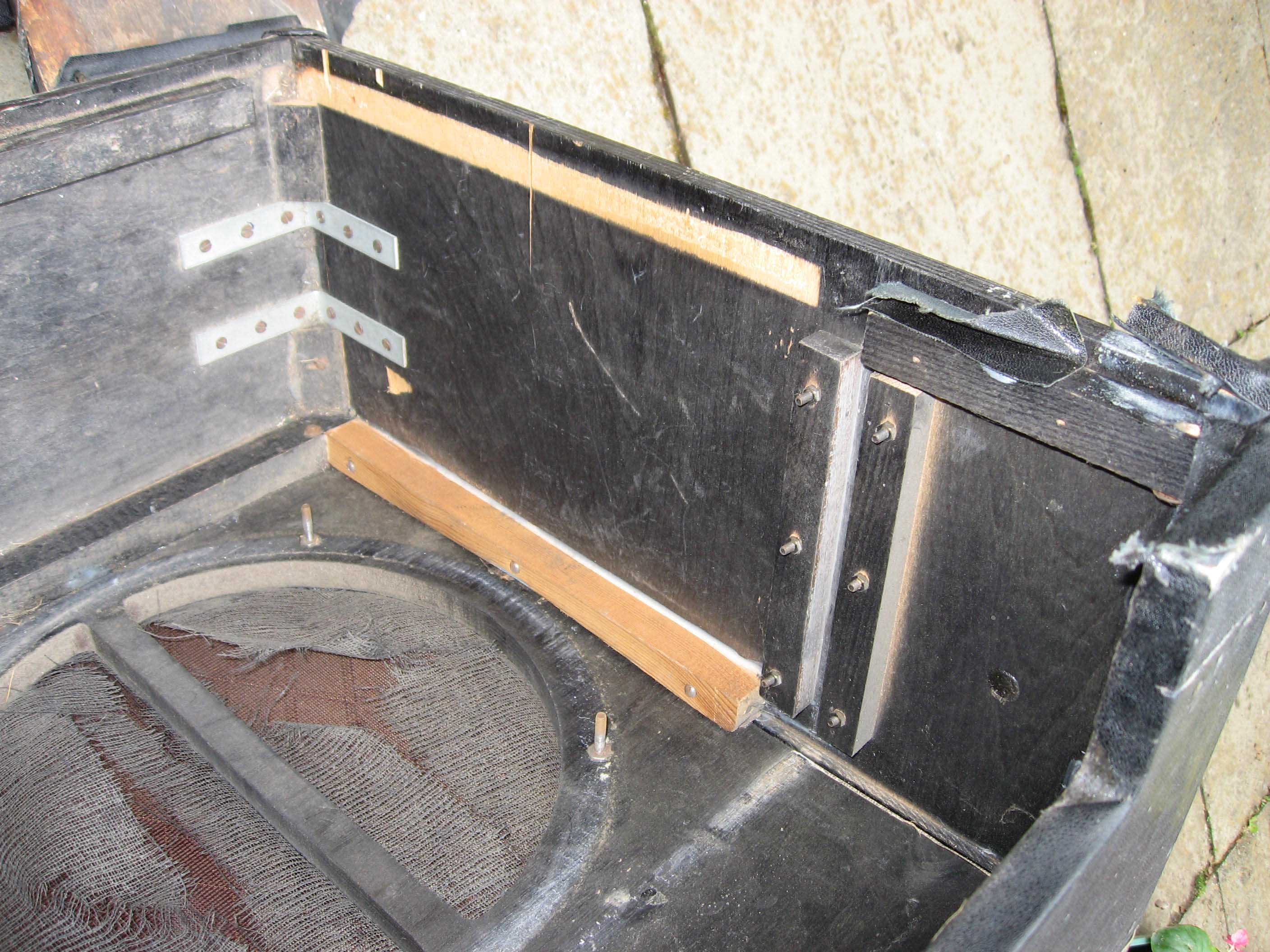 Pictures of the cabinet and panels, showing the damaged grill cloth, missing or replaced battens, and steel corner brackets.

The amp chassis itself (1963), was mostly original apart from the addition of silicon rectifiers instead of the GZ34 valve. Nothing had been changed on the tag strips at all. It has a full set of matching Woden transformers and choke. 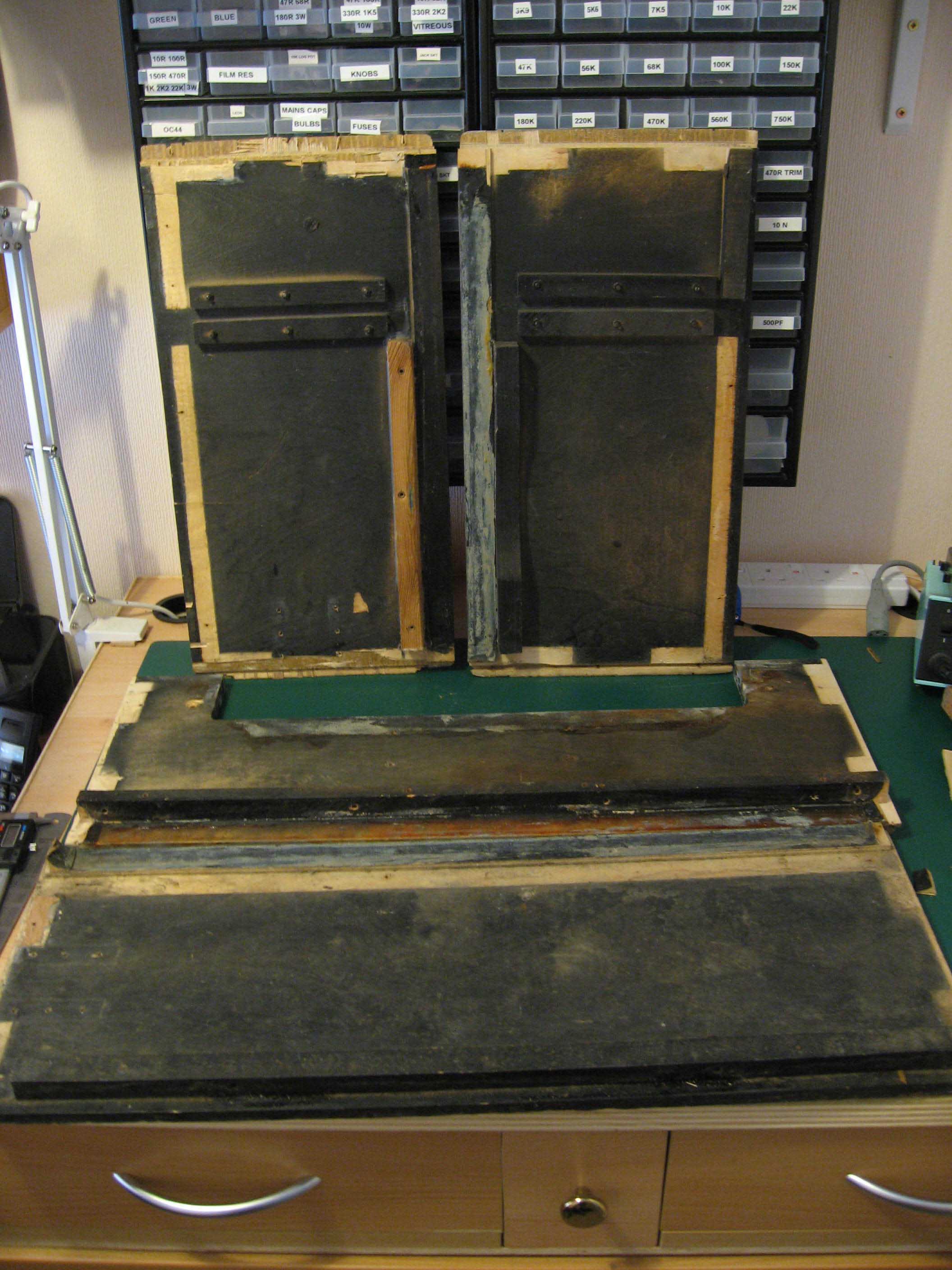 After removing what was left of the covering material, I removed the steel brackets, loose battens etc and dismantled the cabinet. I expected to find the usual comb/finger corner joints after removing the covering, but instead the joints were like a slotted type of tenon.

After some tidying up the cabinet was re-glued and clamped up, checking for square. 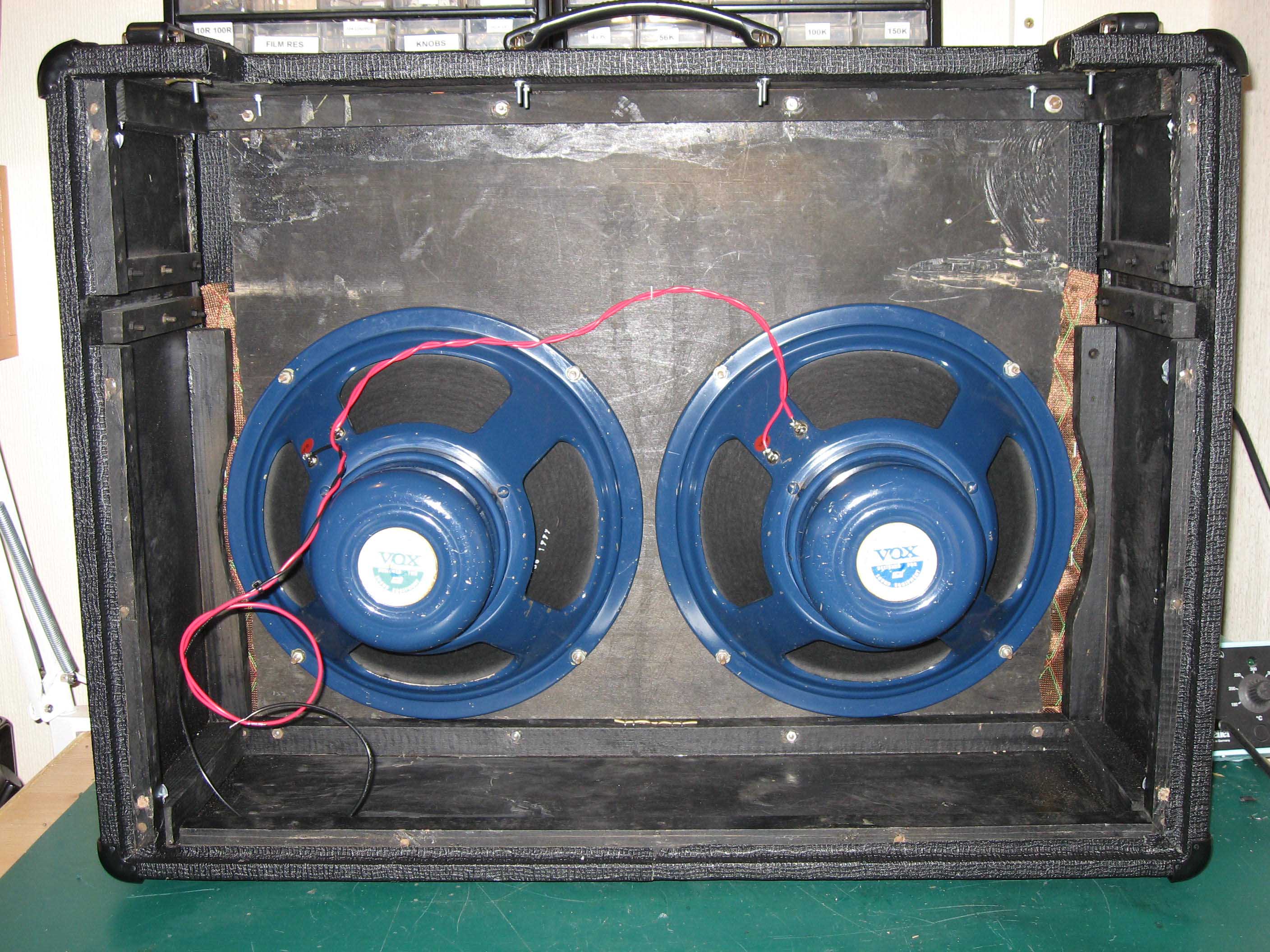 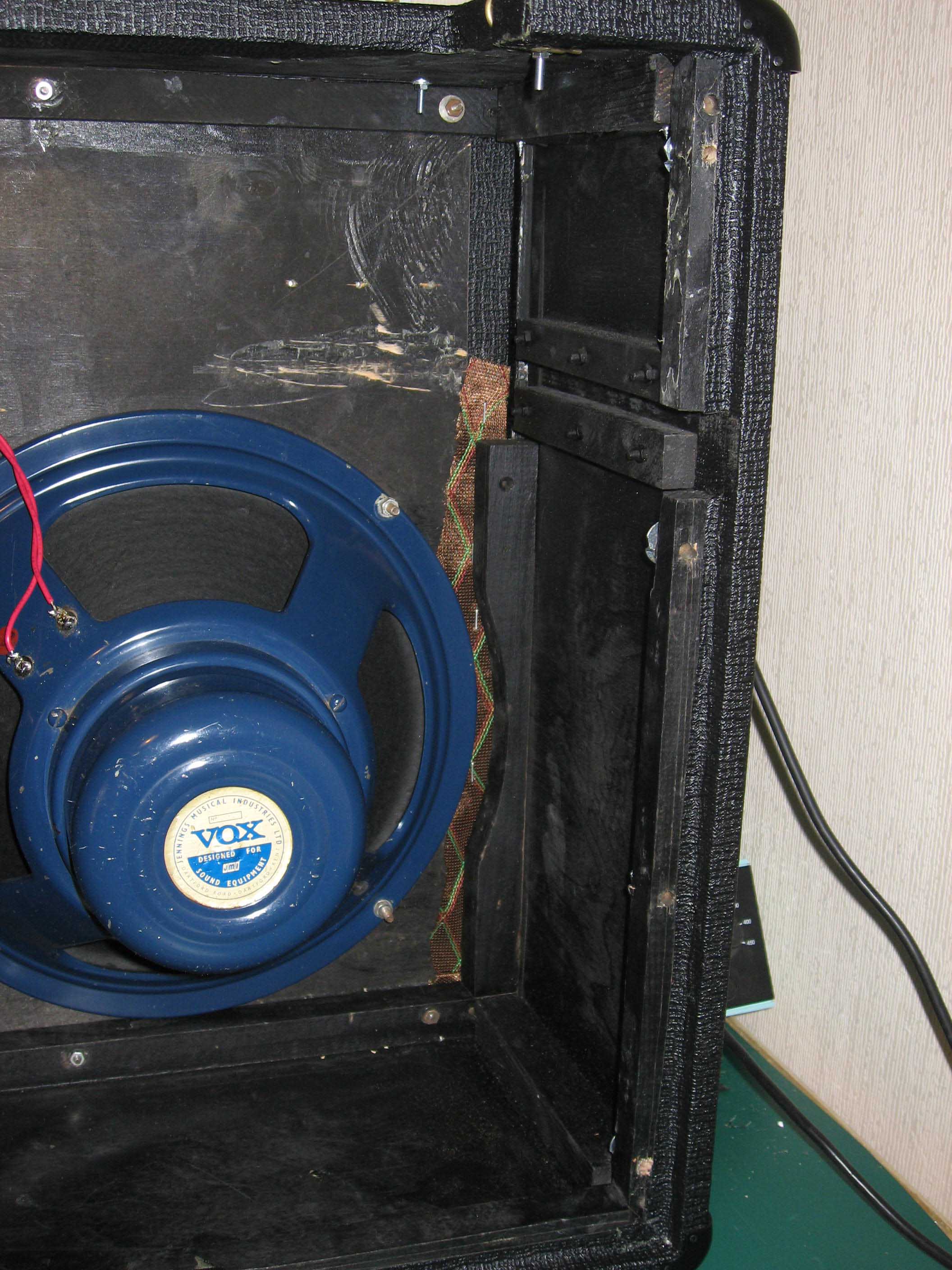 Here is the cabinet after re-assembly and recovering. I had to make a new section of batten (with the curved shape) adjacent to the right hand speaker, as the original section had been replaced with a rough piece of wood.

After re-gluing I re-sprayed the interior in matt black. I think it looks a lot better without the steel corner brackets! 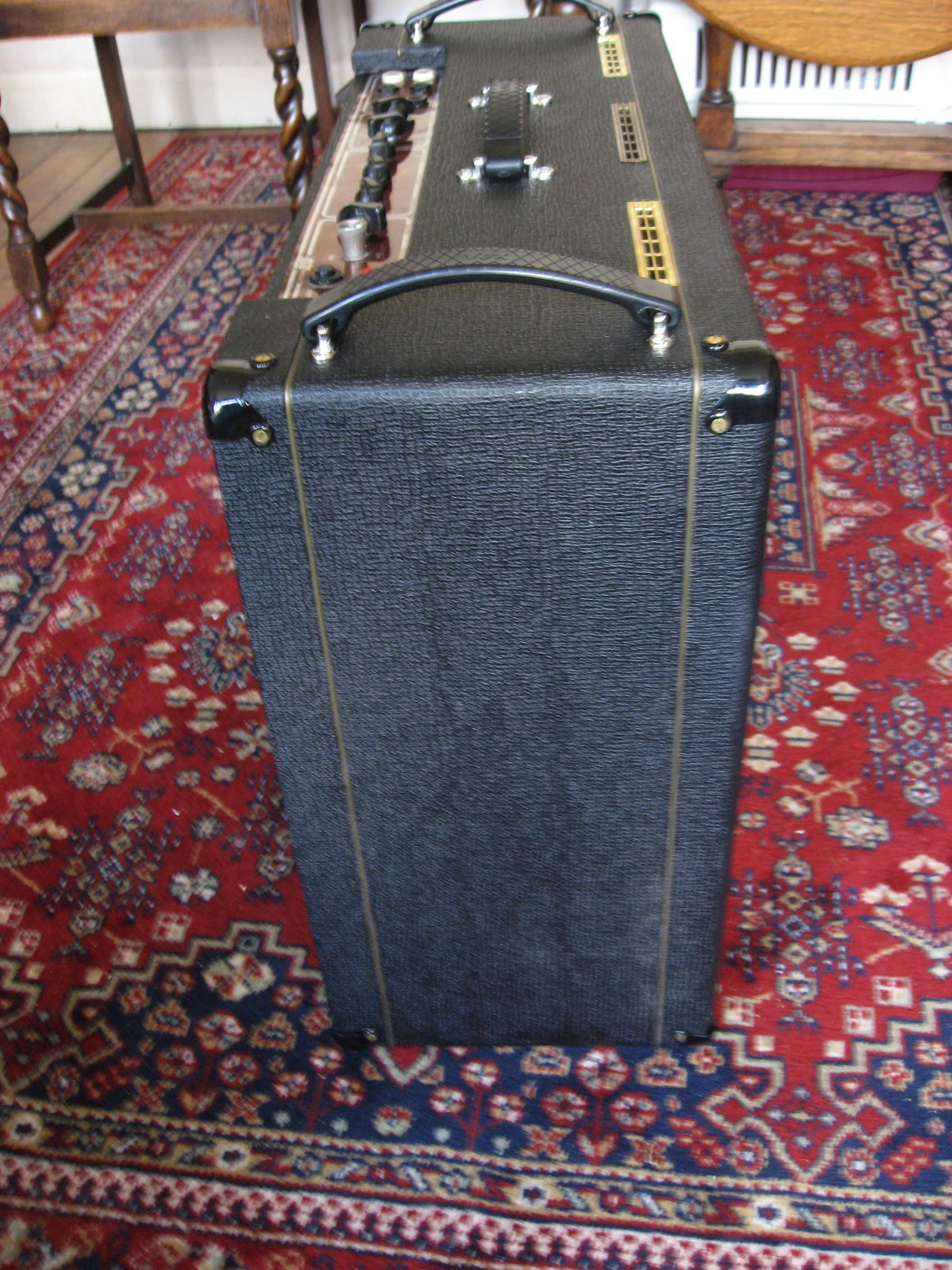 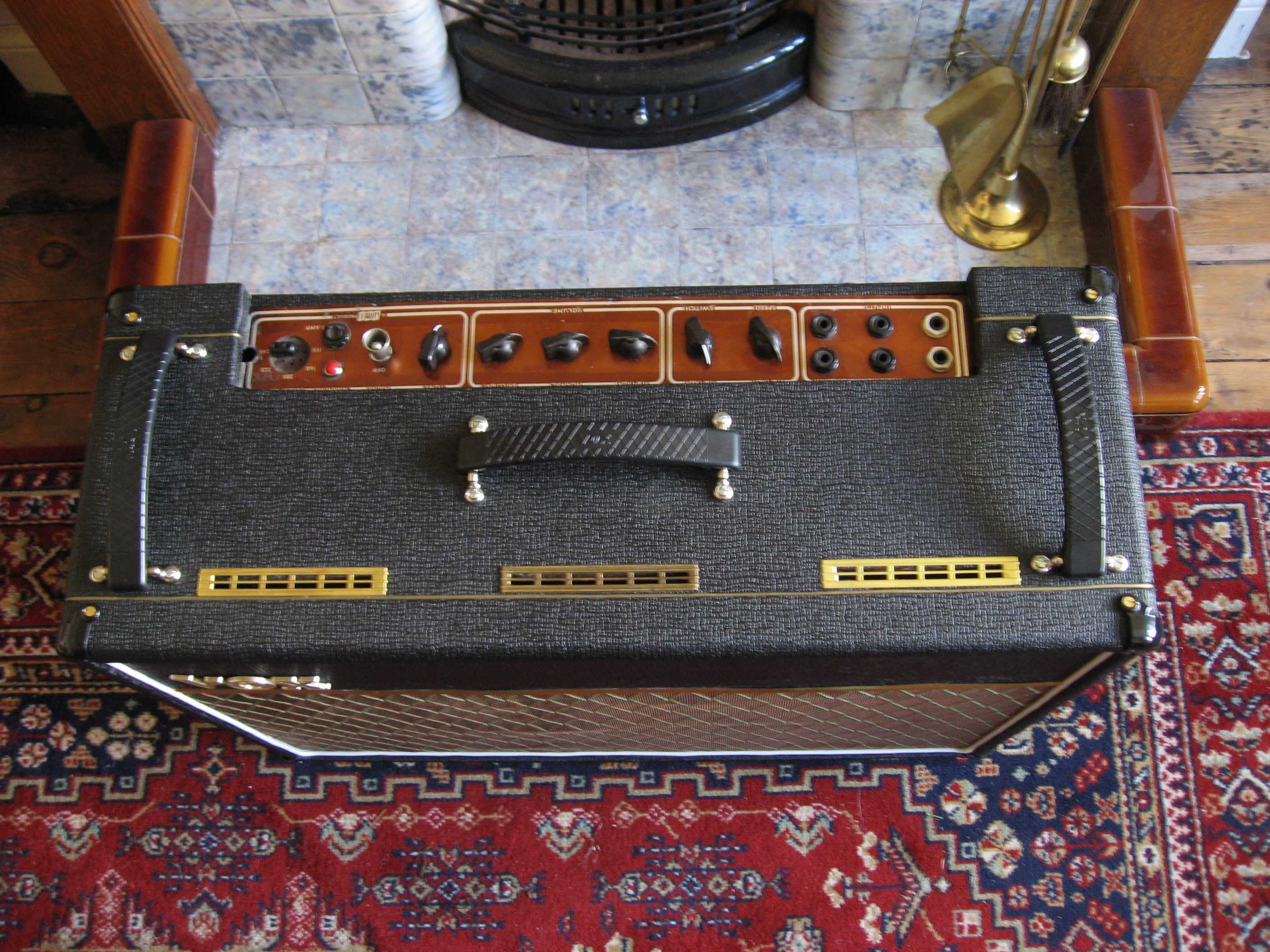 The owner was really pleased with the transformation when he came to collect the amplifier. It is one of the best sounding AC30's I've heard for a long time. Both speakers were reconed by MAJ who did a great job.

3.Repair of a players amp